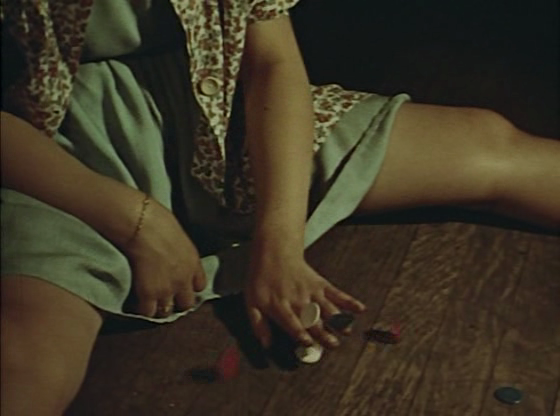 A visionary painter, graphic artist and an experimental filmmaker, the German modernist Hans Richter (1888-1976) was one of the original members of Dada. Though best known for his experiments in avant-garde cinema (beginning around 1917), Richter worked as a painter from about 1905, when he was 17, until 1919. Influenced by German Expressionism and early Cubism, his landscapes and urban scenes are in Der Blaue Reiter style, and his portraits with their deep colors are dramatic and mysterious.

Richter was born into a well-to-do family in Berlin. Although they were considered German Protestant in Third Reich documents, after the German re-unification in 1989 it was disclosed that both of his parents were Jewish. At the age of 16, Richter visited a Manet exhibition. His impression was of "absolutely heavenly music," and from then on his ambition was to become a painter.

Richters real conversion to modernism occurred in 1912, when he visited a Czanne exhibition and saw Les grandes baigneuses. He recollected, "I found it awful, ridiculous, badly drawn -- but an hour later I saw it again; I wasnt looking at it, it was looking at me! Suddenly something struck me, a kind of musical rhythm -- that was so to say, the first finger that touched me from the hands of the gods of modern art."

Richter was an expressionist from the beginning. The earliest painting in the show (and the earliest known painting by the artist) is The Flute Player, completed in 1905 when the artist was 17. A fleshy bacchanal of blues, greens and ochres, the picture shows nude dancer frolicking to the jazz of a faun-like piper. Another early work, done in 1911 in a similar, "Blue Period" style, shows a group of workers, perhaps installing a flagpole or streetlight, in a pose that anticipates the famous World War II image from Iwo Jima.

In 1913. Richter joined the group Der Sturm and later became acquainted with Die Brcke group in Dresden. He also met Marinetti, who articulated an esthetic of the machine. One year later he joined the circle of artists gathered around Franz Pfemfert, publisher of Die Aktion, a leftist avant-garde art magazine.

Several months after the war was declared, Richter served in the light artillery at Vilna, Lithuania, where he was wounded. Partially paralyzed, he was sent to a hospital near Berlin and later placed into the reserves, where over the next three years he published political and satirical graphics in Die Aktion.

On Sept. 15, 1916, Richter kept an absurd appointment that he had made two years prior, during the war. He was to meet his friends, if they survived, in Zurich after the war at the Caf de la Terrasse. Richter recounts, "There were waiting for me two poets, fellow soldiers. They introduced me to the three young men sitting with them: Tristan Tzara, Marcel Janco and his brother Georges. I landed on both feet squarely inside what was already called the Dada group." Richter drew a portrait of one of the friends on that day, the poet Ferdinand Hardekopf (this drawing, done in pencil on paper, hangs at the entrance of the show). Several of Richters "Dada Kopfs" are in the exhibition as well as the studies for his film Prelude and several scrolls.

Richter believed that the artist's duty was to oppose war and support the revolution. He exhibited paintings at the first "Dada Exhibition," alongside works by Hans Arp, Janco and Otto van Rees. In his anti war drawings, his critical view of militaristic Germany was very clear as in Inspection (1917), ink on paper, depicting a recruiting station for soldiers for World War I or a drawing depicting a headless cow and two dead soldiers and a third one still standing and fighting called A World where Anything Could Happen (1917), a work done in pencil on paper.

That year also saw one of Richters more radical experimental works -- several paintings made in a completely dark room. Visionary Portrait - Tropical Madonna (1917) uses the entire palette in its fractured, Cubist-style picture of red and yellow babies surrounding a female angel, who raises her hands like wings. Another work from 1917, Visionary Portrait-Emmy Hennings, is a Kandinskyesque portrait of the celebrated Cabaret Voltaire star (and wife of Dadaist Hugo Ball).

In early spring of 1918 Tristan Tzara introduced Richter to the Swedish painter Helmuth Viking Eggeling. This meeting marked the beginning of a fruitful artistic collaboration. In April of that year Richter founded the association of Radical Artists in Zurich, which called for radical art reform and the redefinition of art in society. Richter was also summoned to serve in the socialist government in Munich -- an experiment that collapsed after one week.

On May 1, 1919, the Bavarian Freikorps took over, killing 1,000 people in six days. Hans and his brother Richard were arrested, tried and sentenced to five years imprisonment. Through their mother Ida Richters influential connections at the Ministry of Justice, the brothers were released after two weeks of detention. Hans returned to Zurich, resuming his collaboration with Viking Eggeling. Later that year, Richter, Arp, Walter Serner and Tzara staged the Ninth Dada Soiree in Zurich and two months later Tzara left for Paris. This marked the end of Dada activities in Zurich.

Viking Eggeling came to live on the Richter estate in the Swiss countryside where Hans and his friend resumed their experiments with geometric compositions. Richter completed his first scroll drawing, Composition Heavy/Light, a series of geometric forms that became the basis of his pioneering experimental films. In 1920 Eggeling and Richter wrote the pamphlet Universelle Sprache in which they likened abstract form to a kind of universal language. Richter concluded that filmmaking was governed by its own laws, different from those that apply to painting, and decided to discard form altogether and articulate time in various rhythms and tempos instead. Richters first film, Film is Rhythm (1921), had a running time of one and a half minutes.

After his emigration to the U.S. in 1941, Richter served as an important conduit between the American and European art communities. His easel and scroll paintings hang in museums around the world. Before his death in 1976 he had been a professor of art at City College in New York and an author of 16 books and pamphlets, among them a famous, personal history of Dada (DuMont, Cologne,1964) and a number of Surrealist short films.


VALERY OISTEANU is a New York artist and writer.